We can all probably think of at least one humorous marketing campaign that made us laugh- but do they really help businesses to market their products?

Why does humor work so well?

Some of the most successful humorous marketing strategies manage to achieve remarkable results for the companies that execute them.

Here are our top 3 marketing strategies that used humor and why they worked so well.

In 2006, ProShade offered $4 million to the National Park to put branded visors on the heads at Mount Rushmore.

Although their bid was not successful, many journalists loved the idea and wanted to cover the hilarious story.

Thanks to the journalists that covered the story, the stunt may as well have actually planned.

They received a lot of publicity for the offer in spite of its failure. So why did the ProShade stunt work so well?

Why It Worked: Humor Makes a Great Story in the Press

The American Press Institute explains that a good story has to be either interesting or important for their readers.

However, a great story should have both of those elements. Humor makes a story interesting to read for press readers.

Moreover, the response by the National Park may well have played an important part in making the story important.

It proves that the capitalist intentions of brands don’t always win.

Top tip: The press is a worthy asset to tap into if you can find an angle. Humor on a large scale can attract journalists to cover your story, giving you a wide reach.

However, bear in mind that you will initially need to invest in coverage of your idea. Before you invest, ensure that press coverage is appropriate for your marketing goals and target audience.

In 2012, British female hygiene brand Bodyform made a very funny video which led the company to receive coverage across the internet and over 5 million hits on Youtube.

Richard, who watched their most recent advert on TV, made a tongue-in-cheek comment accusing the company of lying to him.

In his comment on the company’s Facebook page, he explains his understanding of the “wonderful time of the month” that women have. 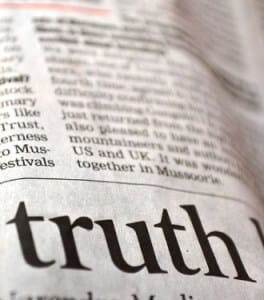 Their adverts have for years showed this “time of the month” as a joyous and fun time, where women have bundles of energy.

Richard claims that when he got a girlfriend, the truth came out.

The comment received over 100,000 likes, so the company felt that they needed to respond.

However, instead of responding with a sensible and corporate tone, the company found the humor in the situation to turn it around to their advantage.

The result is a video called “The Truth” made by the CEO of the company.

In the video, the CEO directly addresses Richard, to thank him (or not) for exposing the real truth to all men out there.

The number of hits, comments and subsequent exposure that the company received is testament to the success of this humorous campaign.

Why It Worked: Authenticity and Honesty Is Funny—And Appreciated

It turns out that honesty, when delivered in the right way, can not only be humorous but also very powerful.

Instead of panicking in reaction to Richard’s comment, Bodyform responded turning the incident into an opportunity.

Brett Relander writes for Entrepreneur that authenticity is key when marketing on social media. He points out that social media marketing is all about conversation.

When a member of the public reaches out to make a conversation with a brand, it’s a real opportunity to spark a meaningful conversation to bring the brand closer to its community.

Bodyform successfully managed to bring its authentic voice to the conversation, leading its brand to receive positive coverage.

Top tip: Listen to potential opportunities on social media. Every time someone reaches out on one of your fan pages or profiles, be sure to respond in an appropriate way.

Humor worked in this case because it was appropriate and authentic, which was appreciated by Facebook users and beyond.

The Dollar Shave Club’s launch video was perhaps one of the most talked about marketing campaigns in the start-up community. 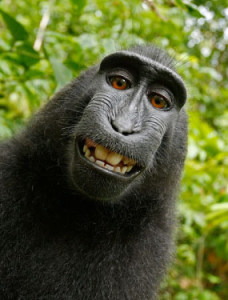 It makes number one because it proves that humor can work even if you have a minimal start-up marketing budget.

It seems that the core aim of the video is simply to be funny.

The video includes the CEO of the company riding a pitchfork around what seems to be the company’s warehouse, making more than a joke a minute in a very understated, sarcastic way.

Richard S. Levick writes for Fast Company that the ad was successful because it made advertising that was actually enjoyable to watch.

It rivals the big budgets of other major names in their industry by creating content that people would choose to watch.

It works so successfully because the video isn’t efficient in promoting the brand.

Yes, it is clear that the video is successful in getting key brand messages across, but this doesn’t seem to be the main aim.

Instead, the team was willing to make fun of themselves and their position as a small fish in a very big pond.

As a result, they manage to create a video that wows, entertains and delights their audience, rather than simply just informing their audience of their products.

Why It Worked: Humor Can Wow Your Customers, Compelling Them to Spread the Word

If you can wow your target market, you are likely to compel them to share that experience with others.

Robert Cordray of Business 2 Community explains how wowing your audience is a key strategy to provoke authentic, word-of-mouth marketing.

The company used humor to create an experience that its target market would enjoy. As a result, the word spread fast.

The statistics support humor as a key strategy to evoke social media sharing.

Humor, in such a way, has helped The Dollar Shaving Club hit all three features of sharable content, resulting in them receiving near 20 million hits and significant online coverage.

How to Use Humor: The Top 3 Features to Bear in Mind

There are many more examples of humorous marketing strategies that have worked in the past.

However, our top 3 examples prove that companies across a variety of industries of different sizes can use the simplicity and honesty of humor to reach out to their target audiences and communicate their key brand messages.

How could you use humor in your next marketing campaign?